“For to be free is not merely to cast off one’s chains, but to live in a way that respects and enhances the freedom of others.” — Nelson Mandela

The United Nations officially designated Nelson Mandela International Day in November 2009. Mandela Day is celebrated every year on July 18th, the birth anniversary of the former president of South Africa. The whole world is celebrated this day to carry forward his legacy for a better future and commemorate the achievements of this great leader.

As followed Colombo Children’s Book society commemorates the great hero Nelson Mandela day annually. In past years we conducted various literacy competitions among children around the country. Former High Commissioner, Her Excellency Robina Marks was joined us since the beginning of Nelson Mandela’s commemorating day.

With the state of the country as it is currently now, we were unable to organize such a huge program this year.

However, we quickly planned a celebration for the day with our few members in the Auckland area.
It’s an honor to have the High Commissioner of South Africa, His Excellency Edwin Schalk,Deputy madam Reny Ewerson, and Secretary madam Zeny  with us today to celebrate the day even in a simple way.

As in previous years, this year too, the day was commemorated by planting a tree by the High Commissioner. 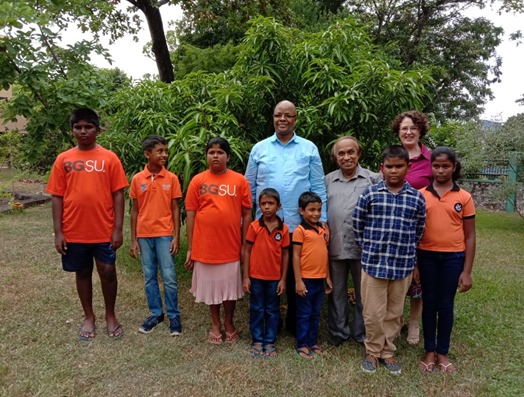